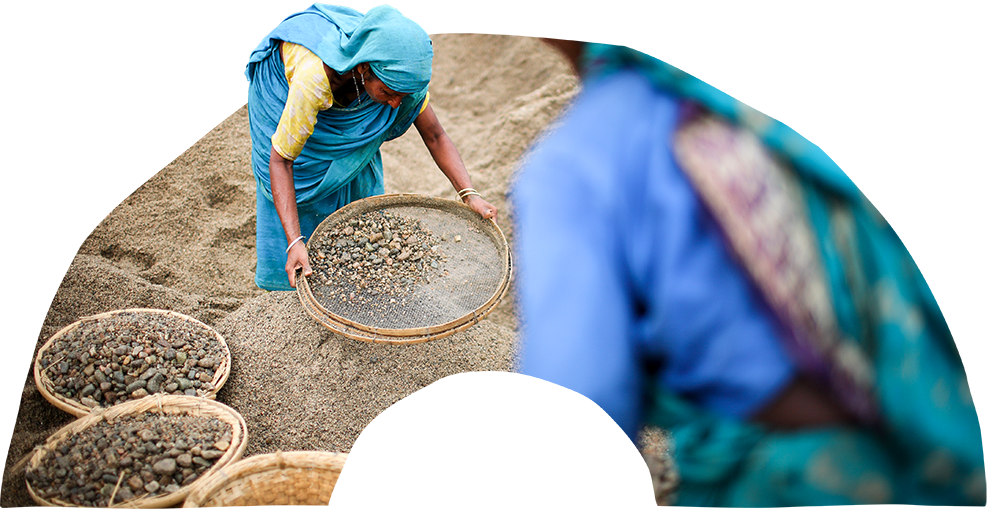 We can end modern slavery in our generation.

What is modern slavery

Beyond Compliance in the garment industry

This report provides a snapshot of the level of disclosure of modern slavery risks of the largest garment companies, identifies good practice, and highlights gaps in reporting quality.

Walk Free and its faith arm Global Freedom Network have brought together a coalition of faith leaders for the first signing in Africa of the Joint Declaration of Religious Leaders Against Modern Slavery.

Walk Free is proud to partner with the Stock Exchange of Thailand and Finance Against Slavery and Trafficking (FAST) to launch the first guidance to assist Thai-listed companies to identify, address and report on modern slavery risks throughout their value chains.

Released alongside the Guidance, our Modern Slavery Benchmarking Tool provides businesses with a score and tailored report on what they are doing well and how they can improve.

Through a combination of direct implementation, grassroots community engagement, and working in partnership with faiths, businesses, academics, NGOs, and governments around the world: We can end modern slavery.

You can make a difference…

It may be hard to imagine modern slavery existing in our own communities – but you are not as far removed from exploitation as you may think. We all share the responsibility to create change and reduce the risk of modern slavery.

As a citizen and consumer in this globalised world, you can take action today to end modern slavery.

Business & investors have a moral and legal obligation to protect workers and combat forced labour in supply chains.

It is estimated that up to 90 per cent of the world’s population can be influenced through faith.

It is vital that governments adopt appropriate modern slavery legislation and policies to tackle this heinous crime.

It is estimated that 40.3 million people live in modern slavery today

Walk Free undertakes research to build the world’s most comprehensive evidence-base of modern slavery – the Global Slavery Index. This publication, now in its fourth edition, uncovers the scale of the problem and enables robust solutions at a country level. We campaign for our cause by working with political, business, religious and community leaders to drive system change. We partner directly with stakeholders to liberate people trapped in slavery around the world. We independently and unashamedly agitate for change.

We pioneer research that reinforces the need for change across the world.

Tackling one of the world’s largest and most complex human rights issues requires serious strategic thinking.

We approach this challenge by integrating world class research with direct engagement with some of the world’s most influential government, business and religious leaders. We invest our time and resources in a collaborative manner to drive behaviour and legislative change to impact the lives of the estimated 40 million people living in modern slavery today.

Every human deserves the opportunity to live a life that is safe, offers freedom and opportunity.

At Walk Free, we fight for the silenced.

It is unthinkable that one human should ever be allowed to deny another human of these basic rights through fear, exploitation, deceit, or physical or emotional restraint.

At Walk Free, we fight for the silenced to regain their voices. There are some who say the problem is too hard, that there are more pressing issues, or that this is a challenge for governments to solve. We believe nothing is more important than human life. We can, and must, do everything in our power to end modern slavery.

Women and girls are disproportionately affected by modern slavery, accounting for 71 per cent of the 40.3 million people living in modern slavery.

Measuring the extent and risk of modern slavery and the effectiveness of our global efforts to end it.

This toolkit is designed to help businesses and investors take action to improve human rights standards in their supply chains and combat forced labour, human trafficking and other forms of modern slavery.

Measuring the extent and risk of modern slavery in over 160 countries around the world and the effectiveness of our global efforts to end it.